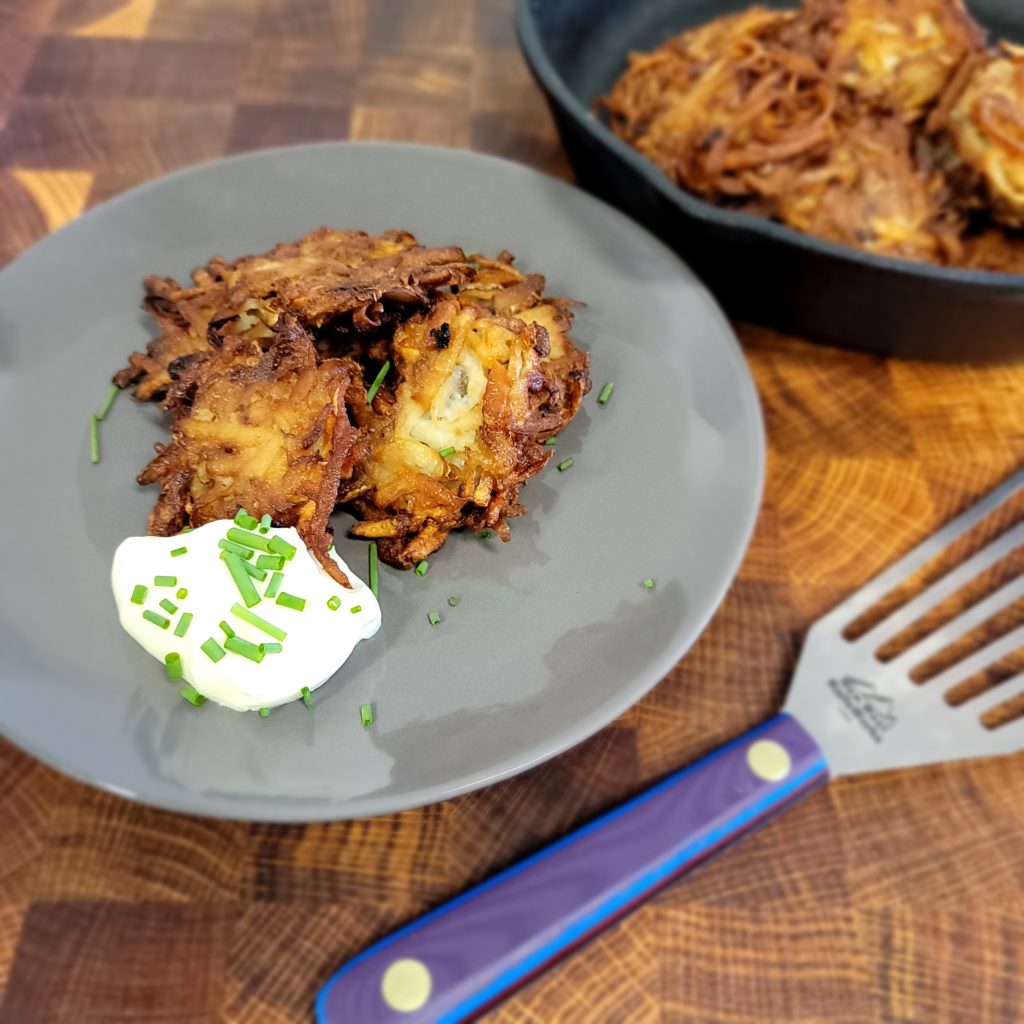 Grate the potatoes (no need to peel them!) into a mesh colander set over a large mixing bowl.  I like to use the biggest holes on the box grater.  Then grate the onion over the potatoes and mix them together with 1T of salt.  Let the mixture stand for 15-20 minutes to drain some of the liquid.  This step is important!  It will make crispy latkes as well as keep your potato shreds delicate.  Discard the liquid that has gathered in your mixing bowl and toss the potato onion mixture with the flour, eggs and remaining 1T salt until everything is well coated.  Put the mixture back into the colander set back over the mixing bowl.  Do it over the sink so you don’t make a mess!  Liquid will continue to drain while you fry latkes, that’s ok.  In your largest cast iron skillet (the one you bought during the pandemic), start with enough oil for the latkes to sit in but not be covered, about ¼”.  Scoop the mix by ¼ cup for large ones and 1/8c (or 2T) for mini latkes.  Don’t crowd them in the pan or they won’t get those crunchy edges.  Fry until lightly browned and flip and cook until lightly browed on the other side.  Remove them from the pan with your SLOTTED FISH SPATULA and place them on a plate or sheet pan lined with paper towels.  Let cool just enough so you don’t burn your mouth.  Then dive into the first one as your “tester”.  You earned it.  Adjust the salt if you need a bit more, you can sprinkle a little salt on them after you remove them from the oil if they need it.  Continue frying, and testing,  adding oil to the pan as needed.

A few notes:  yes, you can sub sweet potatoes, but I am a latke purist.  If it’s Chanukah then they are “latkes” and latkes should be made with russets.  Save the sweet potatoes for making “potato pancakes” pretty much any other time of the year.  I fully support that!

If you like a dense latke (NY deli lovers know what I am talking about) then go ahead and use a smaller hole grater or the standard grating attachment on your food processor.  I prefer a crunchy more defined latke where the shreds of potatoes form little whisps that stretch out into the oil and get crispy, so I prefer the big hole grater and grating by hand.

Building on the Chanukah latke purist thing, I insist on canola oil.  Any other time of year for any other type of frying I say olive oil is great, but here you need canola.  Canola.

Serve with small bowls of apple sauce, sour cream and chives and lots of napkins.  Enjoy! 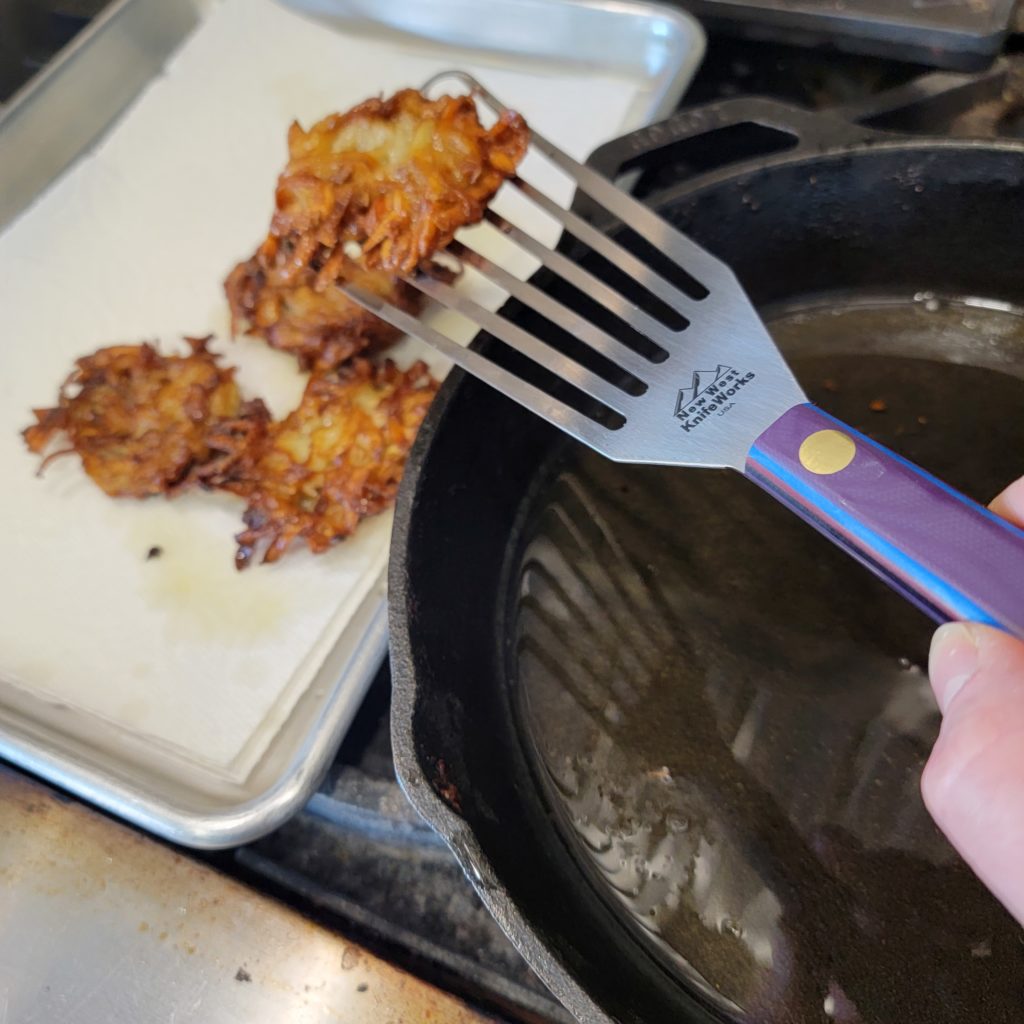